©2021 by the American Board for Certification in Orthotics, Prosthetics & Pedorthics, Inc. All rights reserved.

No part of this document may be produced in any form without written permission of the American Board for Certification in Orthotics, Prosthetics & Pedorthics, Inc. 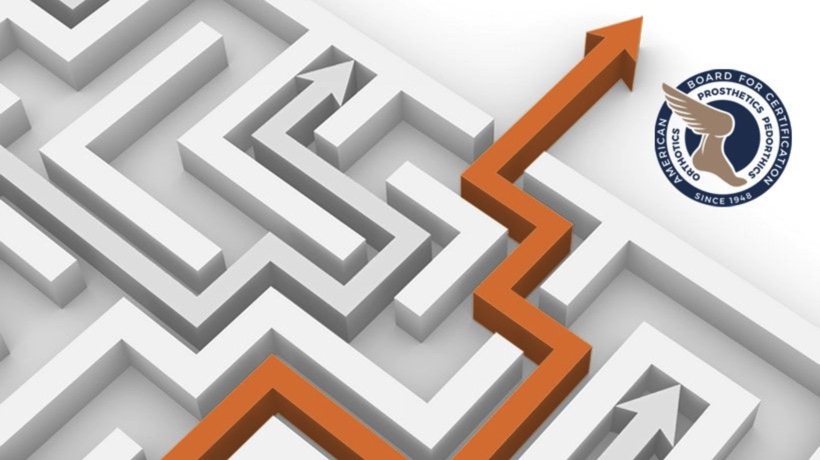 Established in 1948 as a not-for profit organization, the American Board for Certification in Orthotics, Prosthetics and Pedorthics, Inc., commonly known as ABC, is a national certifying and accrediting body for the orthotic, prosthetic and pedorthic professions. ABC has become the quality standard in orthotic, prosthetic and pedorthic certification.

ABC conducts examinations to test the competency of those persons providing assistance to an ABC credentialed individual with orthotic or prosthetic technical support.

ABC is the comprehensive credentialing organization whose mission is to establish and advocate for the highest patient care and organizational standards in the provision of safe and effective orthotic, prosthetic and pedorthic services.

ABC fulfills this mission by:

ABC’s activities are guided by the following vision statement:

ABC certification is recognized by federal and state agencies, as well as third-party payers and is considered the standard among orthotic, prosthetic and pedorthic professionals. ABC certified practitioners are valuable members of the rehabilitation provider community.

The affairs of ABC are governed by the board of directors. Therefore, the board is responsible for the policies and procedures governing certification, and the board has the authority under its bylaws to modify the rules, regulations and policies, as it deems appropriate. The board is comprised of ABC credential holders and public representatives.