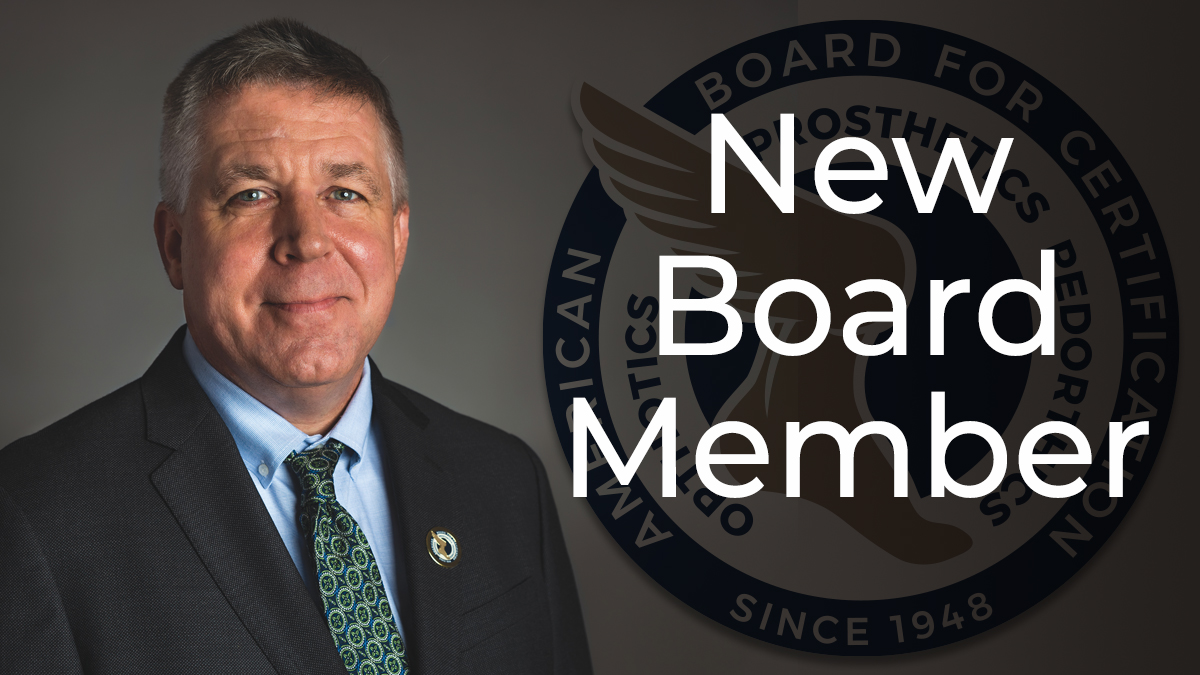 AT ITS SEPTEMBER 24th board meeting, the ABC Board of Directors confirmed the appointment of Michael D. Hoffman, CFo, of Chicago, Ill. and bid farewell to previous past president Eric Ramcharran, CPO. “We are very excited to welcome Mike Hoffman to the Board,” says Cathy Carter, ABC Executive Director. “He brings a unique perspective as a certified orthotic fitter with experience in clinical leadership within a hospital setting. Mike’s valuable leadership and advocacy skills will be a great asset to the Board.”

Hoffman has volunteered with ABC for several years serving as a member of the Facility Accreditation Committee, the Orthotic Fitters Practice Analysis Task Force and the CFo Exam Writing group.

Currently, Hoffman is Director of Clinical Services at Graymont Medical, leading a CFo team which provides prefabricated orthoses throughout hospital systems in the Chicago area with an emphasis on outcomes and compassionate patient care. Hoffman earned his BA from Marquette University in 1987. Outside of work, for the past seven years, Hoffman has served on the Board of Prevent Child Abuse — Illinois, a nonprofit organization which provides key leadership for child abuse prevention across the state. Additionally, Hoffman is a co-founder and co-editor of The Healing Voices Magazine, an outreach effort for survivors of childhood abuse. He is the chairman of the Hope and Healing Committee of the Archdiocese of Chicago, and in 2013 Mike published his first book.

Listen on Apple Podcasts (opens in a new tab)

Listen on Google Podcasts (opens in a new tab)