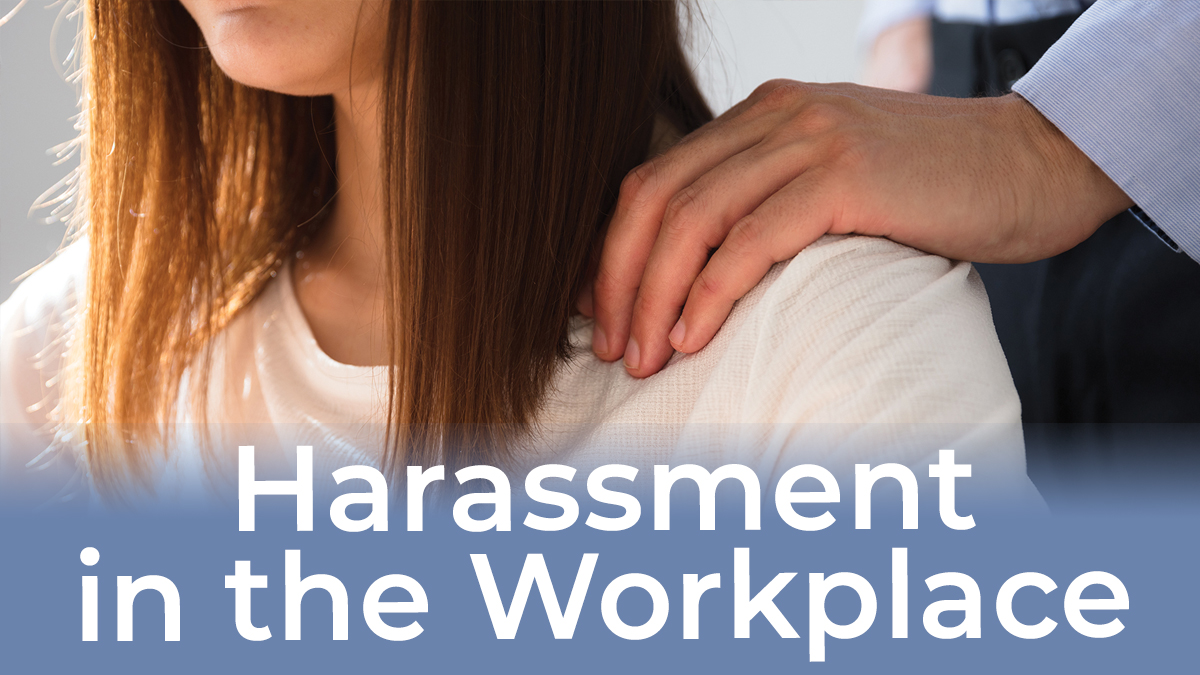 Harassment in the Workplace Part 2 – We're All in it Together

As the credentialing body for many O,P&P professionals and practices, we are committed to establishing and advocating for the highest patient care and organizational standards in O,P&P. As a leader in the profession, we also have the unique opportunity to help promote an anti-harassment culture. We hope you will join us in learning more through our two-part article series and harassment focused podcast.

Part 2—We’re All in it Together

If you recall from Part 1 of our Harassment in the Workplace article series, we focused on the role of employers, specifically the need for them to have harassment policies and procedures in place along with the importance of communicating to all staff both the employee’s right to raise a complaint and how to do so. We’d like to flip the script and take a closer look at how harassment affects an individual. Imagine you were the one experiencing harassing behavior. Would you feel comfortable mentioning it to someone or even filing an official complaint with your company’s HR department or your supervisor?

Harassment in the Workplace

An even more startling statistic comes from the 2019 Guide to Workplace Sexual Harassment** in which 81 percent of individuals believe that sexual harassment occurs in most American workplaces, but 90 percent believe it’s not a problem in their own office. So, if we all think it’s happening, but we don’t think it’s happening to any of us, there is clearly a disconnect. The Guide also states that 87–94 percent of individuals who are harassed do not file a complaint. Why not? There are probably a number of reasons such as fear of retaliation or embarrassment. In fact, 75 percent of employees that spoke out against workplace mistreatment reported that they faced retaliation, according to the Guide.

While we may believe (or want to believe) that the O,P&P profession is different, that is likely not the case. That’s why it’s important that we all do our part to help shift the culture.

Despite the statistically low percentage of instances in which individuals do report harassment, ABC has received complaints over the years related to harassment issues and hostile work environments. One such example took place within an O&P practice. A female staff member alleged that a male co-worker had created a hostile work atmosphere by displaying inappropriate images in the office. These images were accompanied with coarse remarks that were sexual in nature. She also claimed that this person made remarks to her about her body that were personal and inappropriate. After encouragement from her human resource manager to handle the issue internally, she decided not to file an official complaint with ABC. Ultimately, the alleged harasser was terminated but continued to practice within the profession without any further repercussions or monitoring. If the complainant had filed an official complaint with ABC, the ABC Professional Discipline Committee would have opened a case and reviewed the situation. This information would have remained on record. If any additional complaints would have been submitted against this individual, the documented history of complaints would aid in ABC’s decision to take disciplinary actions and to what severity.

Another example of a harassment complaint involved a male employee with a history of making inappropriate comments to several female employees. Initially, these concerns were handled internally by the employer. However, a complainant alleged that the inappropriate behavior escalated to the point that the male employee made contact outside of work with a patient’s daughter who had accompanied her father to his appointment. The contact was unwanted, contained detailed personal information that the employee should not have known and was unrelated to the O&P care being provided to the individual’s father. The manner in which the behavior was handled internally unfortunately did not send a strong enough message to this employee that inappropriate and harassing behavior would not be tolerated and would result in meaningful consequences. ABC permanently revoked this individual from having any ABC certification.

While a cultural shift won’t happen overnight, it’s important that victims of harassment be encouraged to come forward—not shamed, blamed or retaliated against. All claims should be taken seriously with prompt and thorough investigations and appropriate corrective actions. It takes a lot of bravery for someone to come forward and all of us should feel safe and empowered to do so. To quote renowned self-development author and speaker, Wayne Dryer, “If you change the way you look at things, the things you look at change.” Regardless of your background, upbringing or conventions, take a moment to really evaluate the way you view or participate in potentially harassing behavior then make the effort to promote positive changes.

While we may believe (or want to believe) that the O,P&P profession is different, that is likely not the case.

Listen on Apple Podcasts (opens in a new tab)

Listen on Google Podcasts (opens in a new tab)